What is inflation? | Inflation explained

Definition: Inflation is the process by which a currency like the dollar or Euro loses value over time, causing the price of goods to rise. 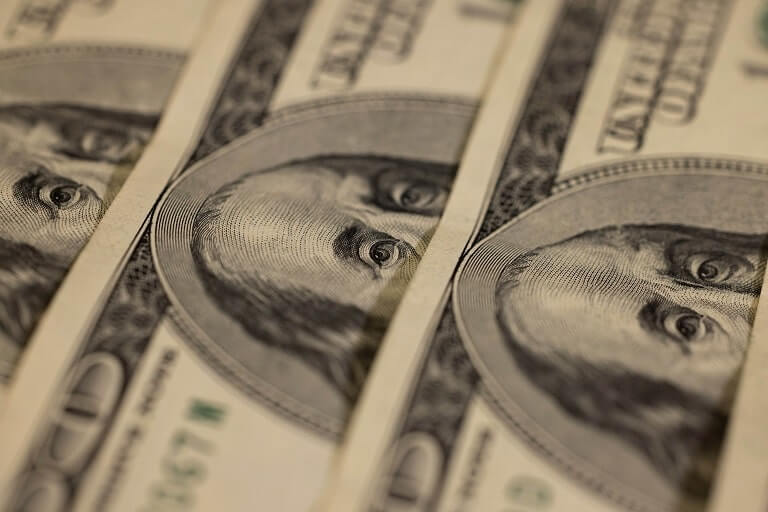 How is it reflected in our daily life?

Inflation is the process by which currencies lose their value over time, causing prices of consumer goods to rise. Because many economists believe that some level of inflation is good for the economy, the US government, for example, has been printing obscene amounts of money recently. Just as a point of reference, 80% of all US dollars that have ever existed, have been created between 2020 and 2022.

If you’ve ever heard your grandparents say that everything was cheaper back in the day, they are most certainly right – that’s because of inflation. If you keep track of your spending, you will notice it too.

While inflation does have some advantages, overall it’s a bad thing because why would you save money your entire life, if it’s going to be worth a lot less when you retire?

On the most basic level, there are two main causes of inflation.

Increased supply of money in circulation.

Mansa Musa was the tenth emperor of the Mali Empire, a Muslim empire in West Africa. At the time Mali was the world’s largest gold producer and Mansa Musa himself is considered by some people to be the richest man in history.

On his way to Mecca, he gave out extreme amounts of gold to all inhabitants of all three cities of Mecca, Medina and Cairo that he came across.

He gave away so much gold that 12 years after Mansa Musa passed through Cairo, gold was still worth only half of what it had been before he arrived. Since gold was money at the time, this is the same as saying goods cost twice as much money as they did before. That’s inflation caused by increased supply of currency.

Decreased supply of goods in circulation.

Inflation can also occur due to a supply shortage in a specific good that is in high demand. If that good is something basic, such as grain, oil, or a precious metal, which is used in the manufacturing of other goods, a shortage can cause a general rise in prices across nearly all goods and services.

A recent example of this is the global chip shortage. In simple terms, chip manufacturers greatly reduced their production capacity because they expected much lower demand due to the COVID-19 pandemic. However, demand skyrocketed and they couldn’t keep up and produce enough microchips, which as we know, are used in all forms of electronics.

This caused a global supply shortage, ranging from smartphones, to cars, and all the way to industrial machinery. This is one of the main contributing factors to the global price increase of all those products right now.

How is inflation measured?

In most countries, government organizations conduct household surveys to determine which goods and services are frequently purchased.

The price of all of these at a given time, relative to their price in some previous period (e.g. 2021 vs 2020), is the Consumer Price Index (CPI), and the percentage change in the CPI over a given period is consumer price inflation, which is usually used as an indicator to measure inflation.

What the CPI does not take into account is the increase in the quality of goods and services over the given period.

What can we do to remedy inflation?

As you can see, inflation can be damaging to the economy, so governments take measures to limit its impact. They can do so, by  either limiting the money supply, or raising the interest rates.

Higher interest rates mean that borrowing money is more expensive. As a result of that, spending will decrease for both consumers and businesses, causing demand for goods and services to decrease.

You can benefit from higher interest rates, by saving money, or even better – by lending money. However, raising interest rates does also have a negative impact on the economy, because decreased demand causes a decrease in production, and even innovation, since both people and businesses have less access to credit.

Also known as quantitative tightening (QT) or balance sheet normalization is a contractionary monetary policy applied by a central bank to decrease the amount of money in the economy.

The main problem with QT is that  it has never been done before on a massive scale, and its consequences aren’t yet fully understood. It could easily have the opposite effect and make inflation worse.

Rising inflation is a global problem. With the current centralized banking system, the best remedies appear to lie in flexible fiscal and monetary policies, which allow governments to keep inflation in check. However, many of these policies can end up making the problem worse and their impact must be studied extensively.

One attribute that has made cryptocurrencies so appealing is that their supply is predetermined.

For example, Bitcoin’s supply is limited, therefore the creation of new bitcoin will taper off over time in a predictable way. (There will only ever be 21 million bitcoin, and every four years the amount of bitcoin that is mined is reduced by half.)

Some key questions about inflation

What is inflation, in short?

Inflation is the process where a fiat currency, such as the dollar or Euro, loses value over time.

How does inflation work in practice?

Say our grandmother made $500 a month in 1975. She could live comfortably with that salary which is impossible today, because the cost of goods, such as food, or utilities was much lower in 1975 than it is today. That’s because of inflation. $500 in 1975 was worth a lot more than $500 today.

What is the Consumer Price Index (CPI)?

Governments use the Consumer Price Index (CPI) to measure inflation. CPI is the price of all basic goods at a given time, relative to their price in some previous period (e.g. 2021 vs 2020).

How can we remedy inflation?

The two main tools governments use to remedy inflation are either raising interest rates, or limiting the money supply.

How can I protect my saving?

By investing in asset classes, such as Bitcoin, that appreciate in value faster, then fiat currency loses value over time.

Get some crypto by clicking the link below and signing up.