What is Ethereum? What’s Ether?

Ether is the second most popular cryptocurrency after Bitcoin. In this article, you will find out what Ethereum is, what Ether is, how Ether is mined, what the differences are between Ethereum and Bitcoin, and how you can trade the second-largest cryptocurrency – Ether. 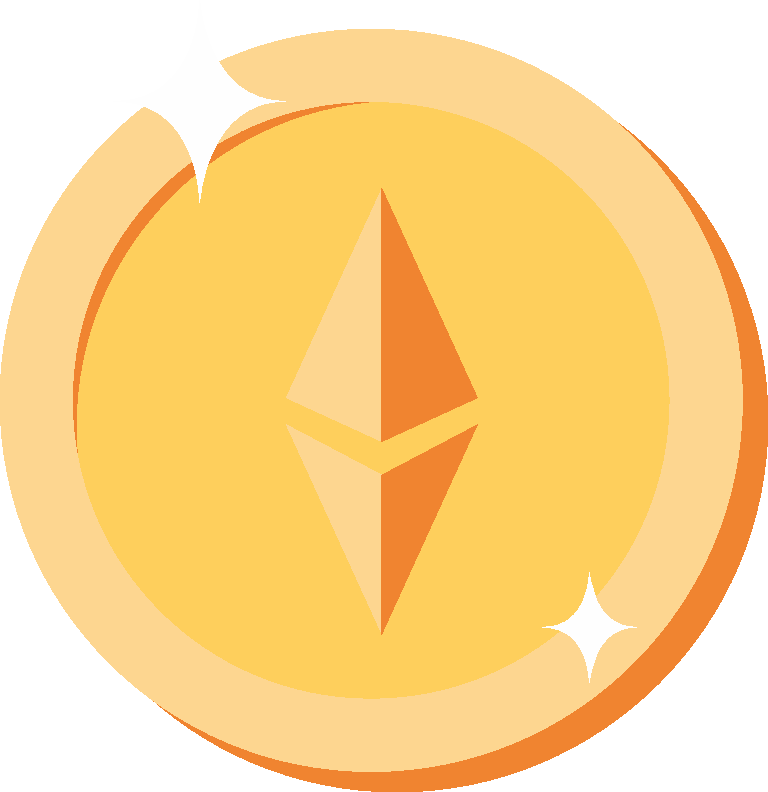 Ethereum is a whole cryptocurrency ecosystem based on blockchain technology. It allows the creation of decentralized applications through so-called “smart contracts”. Ethereum is not just a means of payment, but a whole financial ecosystem.

What is the difference between Ethereum and Bitcoin?

Ethereum, like Bitcoin, is based on Blockchain technology, and Ether can be used for payments, just like Bitcoin. This, however, is where most similarities between the two most popular cryptocurrencies end.

Other key differences between Bitcoin and Ethereum are:

What are smart contracts?

A smart-contract is a computer code that is executed on the Ethereum blockchain and facilitates the exchange of money, content, property, shares, and everything that has measurable value. This code is executed automatically when certain conditions are met.

What is the application of smart contracts in the real world?

If everything still seems complicated and unclear to you, here is a real-world example:

Let’s say you want to sell your apartment. This process is usually accompanied by an awful lot of bureaucracy and involves many third parties, such as:

Ethereum can make this process much faster and simpler.
Through Ethereum, you can create a smart contract where the contract clauses are regulated with several lines of code. When the contract is published on the Ethereum blockchain, it cannot be changed.

When all the conditions set in the code are met – the contract is automatically executed and the funds are transferred from the buyer’s wallet, directly to the seller’s wallet.

The Ethereum ecosystem was created by the Russian programmer Vitaly Dmitrievich Buterin (known as Vitalik). In 2013, the ecosystem was presented as a project, and in 2014 a first of its kind online fundraising took place via Bitcoin. The project raised an impressive $ 2.3 million (then 3,700 Bitcoins) in just the first 12 hours of the public offering, and so the project became a reality 2 years later, on July 30, 2015.

How is Ether mined?

Ether, like Bitcoin, is created by independent individuals and companies that verify blockchain transactions using their computers. This process is known as “mining”.

The word “mining” comes from the context of the analogy of cryptocurrencies with gold, as both are finite. The only way to increase their quantity in circulation is to “mine” more of them. You can read more on the topic here.

In short, anyone can use their own computer to mine Ether. Like gold, mining Ether can be a business. You’ve probably seen pictures of so-called “farms,” which are huge warehouses full of graphics cards.

As already mentioned, Ether is a cryptocurrency, and Ethereum is the whole ecosystem behind it. The two are often confused.

In 2017 Ether’s price rose from 7 euros at the beginning of the year to a staggering 700 euros at the end of the same year.

How to get Ether?

You have two options to get Ether, namely:

The most important things about Ethereum and Ether

ETH is the abbreviation for Ether on cryptocurrency exchanges.

What is Ethereum, in short?

Simply put – an ecosystem with programmable money that can be used for automatic transfers of property or value, without intermediaries or third parties, through “smart contracts”.

Is Ethereum a cryptocurrency?

No, Ethereum is a whole ecosystem, and Ether is the cryptocurrency which is part of it.

What is the current price of Ether?

You can follow the current price of Ether here.