What is fractional reserve banking

Definition: Fractional reserve banking is a system in which only a small amount (fraction) of bank deposits are backed by real available cash that can be withdrawn at any time. The purpose of this system is to allow banks to free up capital for lending, in order to generate yield for depositors. 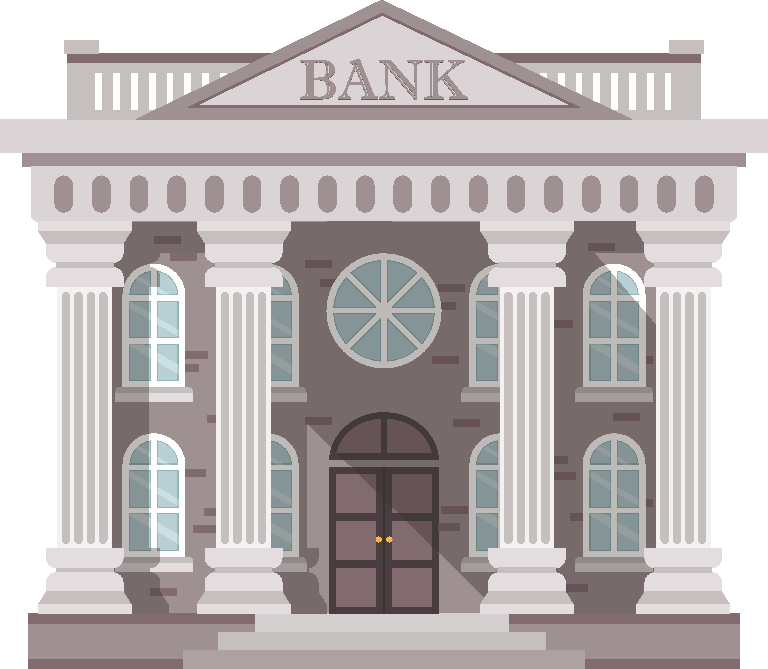 How does fractional reserve banking work?

In other words, banks are required to keep a minimum percentage (a fraction) of the money that is deposited in their financial accounts, which means that they can lend out the rest of the money. When a bank makes a loan, the bank and the person borrowing the money count the funds as assets, doubling the original amount in an economic sense. This money can then be reused, reinvested, and loaned out again several times, resulting in a multiplier effect, and this is how fractional reserve banking leads to the “creation of new money”.

Lending and debt are integral parts of the fractional reserve banking system and often require a central bank to put new money into circulation so that commercial banks are able to satisfy client withdrawals. Deposit accounts represent the money that banks owe to their customers (liabilities) and loans earn the most money for the banks via interest and constitute the bank’s assets. In simple terms, banks make money by generating more assets in the loan accounts than liabilities in the deposit accounts.

Central banks usually act as regulators that determine, among other things, the amount of reserve requirements. Such a banking system is used by financial institutions in most countries and banks are usually required to only keep reserves between 5% and 15%.

How do loans create new money?

When a customer deposits money into their bank account, the money is no longer their property, at least not directly. The bank now owns the money and, in return, gives the customer a deposit account. The bank then has to keep whatever part of that money is required by the regulator as a reserve, and can loan out the rest, while the customer can still withdraw their deposited money at any time. What essentially happens is that this way, the money is technically doubled. Let’s see what happens if the reserve requirement is set at 5%:

What are the pitfalls of fractional reserve banking?

Many economists believe that the fractional reserve system is unsustainable and very risky – especially considering that the current economic system is based on the principle that people trust banks and fiat money, established as legal tender by governments.

What would happen if all the deposit holders in a certain bank decided to come forward and withdraw all their money? This is known as a bank run, and since the bank is only required to hold a small fraction of its customers’ deposits, it would likely go bankrupt because it has no way to come up with all of the money required.

For the fractional reserve banking system to work, it is imperative that depositors do not rush to the banks to withdraw or access all of their deposits simultaneously. Although bank runs have occurred in the past, customers generally do not behave in this manner. Normally, customers only try to withdraw all their money if they think the bank is in serious trouble. The Great Depression in the United States is a notorious example of the devastation that a massive withdrawal can cause where nearly all of the banking capital in the entire country was wiped out.

Today, the increased reserves held by banks are one of the ways they minimize the risk of this happening again. Some banks hold more than the required minimum in reserves in order to better meet their customers’ demands and provide them with access to funds in their deposit accounts, however, fractional reserve banking is still in place in almost all countries in the world.

Does cryptocurrency solve the problems with fractional reserve banking?

Bitcoin emerged as an alternative to the traditional economic framework. Since it’s completely decentralized, there is no central bank that can issue new Bitcoins and the total supply is capped at 21 million BTC. While Bitcoin itself does solve many of the problems in the traditional financial system, centralized crypto institutions usually utilize the same approach as banks, in regards to the custody of the users’ assets.

Many crypto exchanges employ fractional reserve type business models and few of them provide real-time audits on their reserves. This means that it is entirely possible that they don’t have most of the users funds available on hand at any time and may be susceptible to a “bank run” if most users decided to withdraw their funds all at once.

Some exchanges have decided to prove their reserves, by either getting an independent third party audit, or simply urging users to withdraw their funds at once every year, you can find more information on this practice here.

Another important point is that almost all of the centralized crypto lending platforms employ a fractional reserve model as well in order to provide more competitive yields for their depositors, while at the same time providing competitive loan interest rates. While this does indeed lead to much better yields offered by crypto lenders, then traditional banks, there can be serious problems, such as the recent liquidity problems that Celsius, one of the largest crypto lenders is facing. This is proof that fractional reserve business models in crypto can be even riskier for depositors then they are in traditional banking, due to the lack of depositor guarantee funds and much laxer regulation.

Always remember a phrase, commonly used in the crypto community – “Not your keys, not your crypto!”. This means that you only fully “own” a cryptocurrency, if it’s stored in your own wallet, with your own private keys. A great solution we can recommend is getting a hardware wallet, such as Ledger, or Trezor.

What is fractional reserve banking?

Fractional reserve banking is a business model, used in most countries today that requires banks to keep only a small amount of client funds “on hand”, usually between 5% and 10%.

Why is fractional reserve banking popular?

Fractional reserve banking allows banks to “create new money” by loaning most of their depositors’ capital.

What are some of the problems with this banking system?

Since banks keep only a small amount of capital on hand, if most of their clients decide to withdraw their savings all at once, they can essentially bankrupt the bank instantly.

Is my money safe in the bank?

Usually, yes. Bank runs rarely occur and it’s usually only because of extreme mass panic, however keep in mind that your funds are guaranteed only up to the amount specified by your country’s bank deposit guarantee scheme. In the event of a bank run, any funds you keep in your account above that amount may be at risk.

Yes and no. Most crypto lenders offer much higher yields then your bank does, often between 5% and 15%, compared to sub 5% yields offered by banks, however as of 2022, not a single country, or company has any sort of deposit guarantee scheme in place so in the event of bankruptcy, you might end up losing all of your savings.